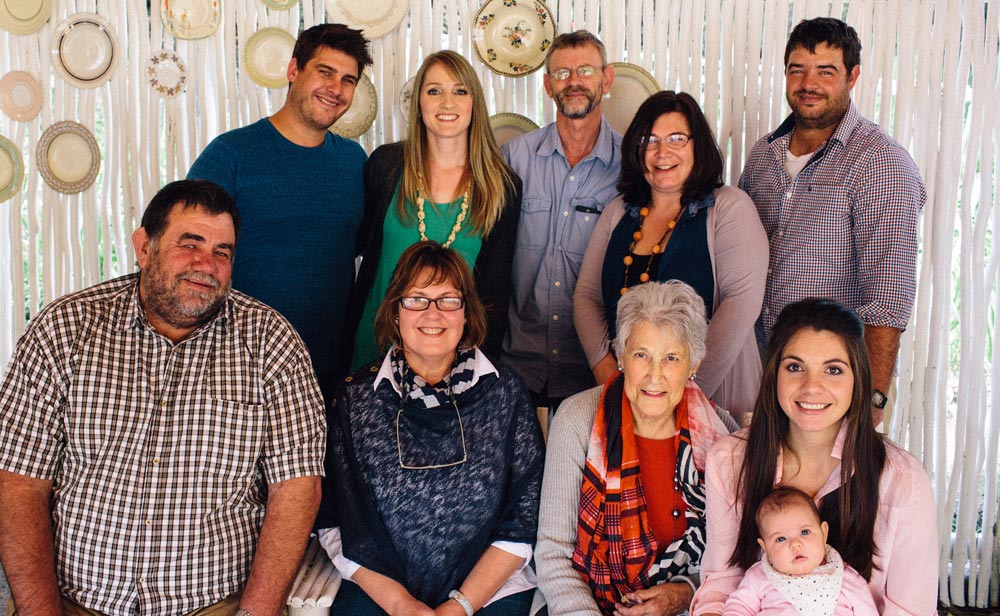 The farms are owned by the OudeMuur Trust. Dirk Steyn and his son, Jan-Hendrik, are in charge of the two respective farms. Dirk is the fourth generation on the farms.

The original owner, the first of (for now) five consecutive Dirk Cornelius Steyns, came from the town Swellendam. In 1882, at the age of 30, he was already farming on Baden.

In 1976 his grandson (Dirk 3) acquired the adjacent farm, Oude Muur.

The current resident farmer (Dirk 4) took over farming operations from his father in 1981. That was the time that Montagu was hit by severe floods, leaving a damaged farming community.

Huge effort was required to rebuild water damaged land, vineyards and orchards. In that time Dirk (4) joined forces with his father in rebuilding the farm,and started taking over from his father. Large parts of the farm had to be rebuilt from scratch.  New vineyards,stone-fruit, apricot- and peach orchards were established.

Oude Muur and Baden are farming units situated in the Baden Valley, some 12 kilometers outside the town of Montagu.

In 1984 Dirk and his wife Ronel set up home on Oude Muur.   Their youngest son, Jan-Hendrik, joined the farming operations in 2011.  With the enhanced management capacity, farming activities could be extended to more crops than before, with Jan-Hendrik also involving himself in the export of butternuts to Europe and the United Kingdom.

Jan-Hendrik and his wife Chrissie-Ann stay on the farm Baden.